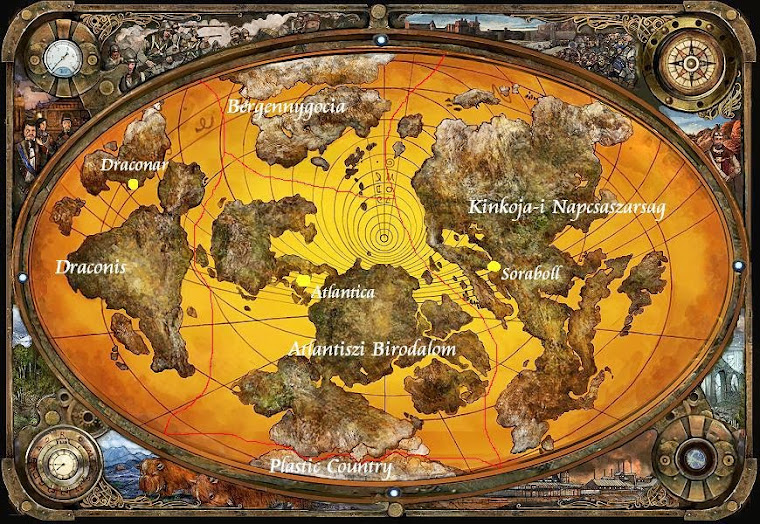 The road from Home to Home

A bit more than three weeks ago I was sitting on the courtyard of the Holes, and was trying to imagine myself finding my way first on the Cologne airport, then all across Germany and Austria, and then, worst of all, getting through the Hungarian bureaucratic system without any valid documentation and very little money. The whole thing seemed both surrealistic and scary. What am I, after all, but one of the tiny rabbits of the world hiding in my safe hole? How will I survive Out There?
Well, ladies and gentlemen, I proudly announce that all of the above-mentioned missions are almost completed :) Not without some hitches, I must admit. Almost everybody told us that hitchhiking in Germany is easy. I don't know too much about it, because we had to cross almost all Germany by train. After our first, extremely lucky ride from the airport to Frankfurt on a regular bus, four days of rain forced us to jump trains and sleep at some not-so-nice places, such as a medieval bastion, the backside of kids' amusement park and, worst of all, a supermarket door. It was a bit like getting back all those rainy days I skipped during the last year.
After the rain had stopped, the only thing we had to do was to collect 100 euros for making the new documentation, arrive at Hungary and hand in all the paperwork. And so we did. Special thanks to Regensburg and the 99th German Catholic Days – people have never been as generous as there. Thanks also to a friend's very nice friend who shared her appartement with us in Budapest. And let's not forget to mention Gyula's doctor and the administrator at the Office (what an Orwellian name, isn't it? And I'm not joking). They could have made the whole process of getting the new passports and driving licence much, much longer – but they did not bother. In theory, all our papers will be ready by the end of June.

Well, before we had left Tenerife, I felt the need to learn to stop making plans and practice going with the flow, so we had only two rock-solid plans: to make the necessary documentation and to make enough money to buy the ticket back to Tenerife in the autumn. Everything else is free flight. So instead of plans, here are our visions for July:
We've been wanting to listen a healing dose of good, hard psytrance music for a long, long time. Luckily it is possible in Hungary. Unfortunately, our favourite music and art Gathering had to be cancelled this year, but there are still a lot of parties to go to. Inner Waves, for example, has already booked Gyula as a DJ.
Sun Festival is the big fish we want to catch. I am sure they need us, so please, keep your fingers crossed that they know it as well.
After that, Red Lion Artist Gathering might be our good-bye to Hungary.

Besides, we want to visit friends all around the country, do lots of firedance and street performances and have a lot of fun in general.

And since there is no good blog entry without photos, here is some visual traces of how we spent our days in Hungary 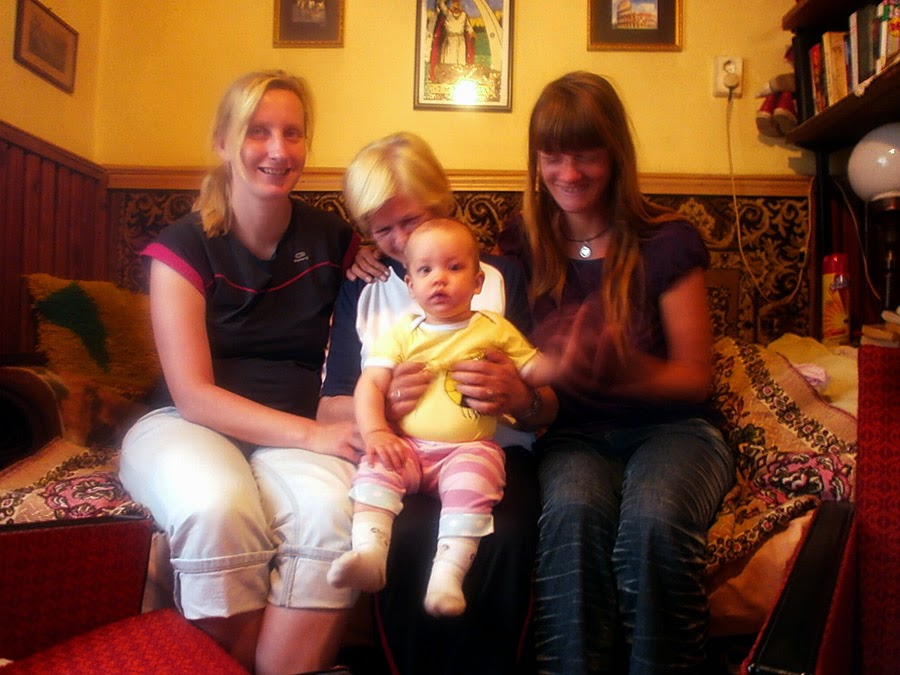 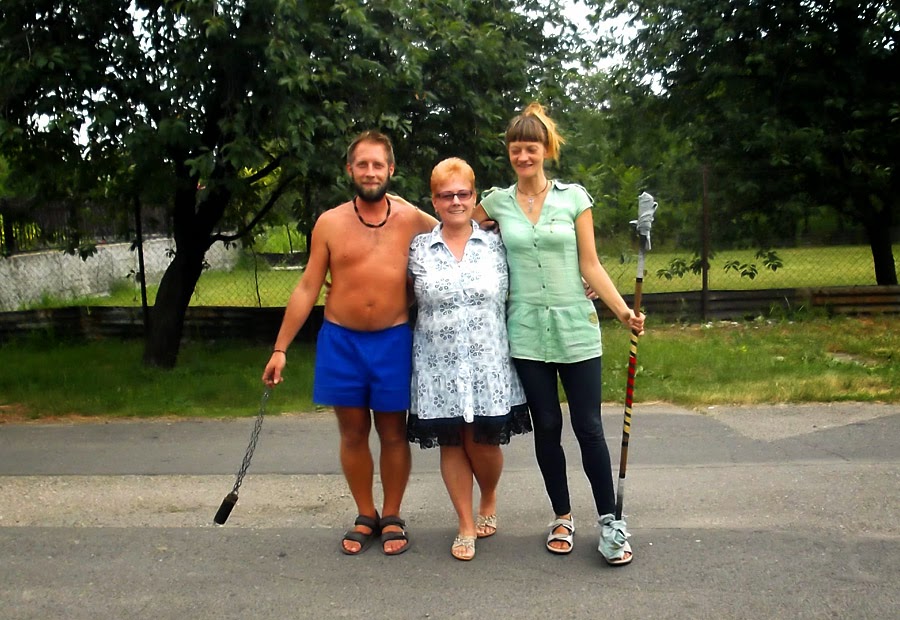 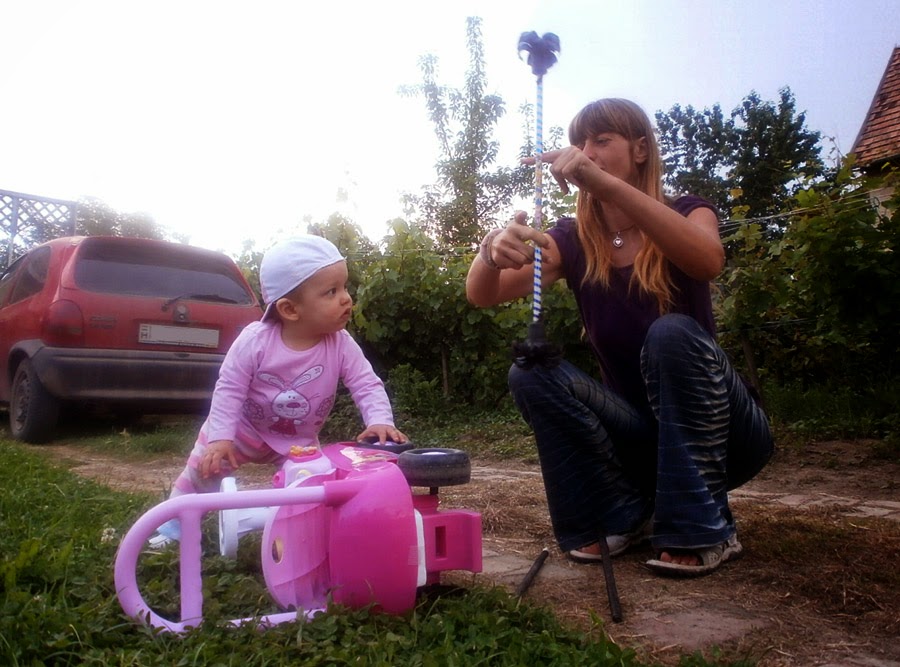 Making fiery presents for our mothers: 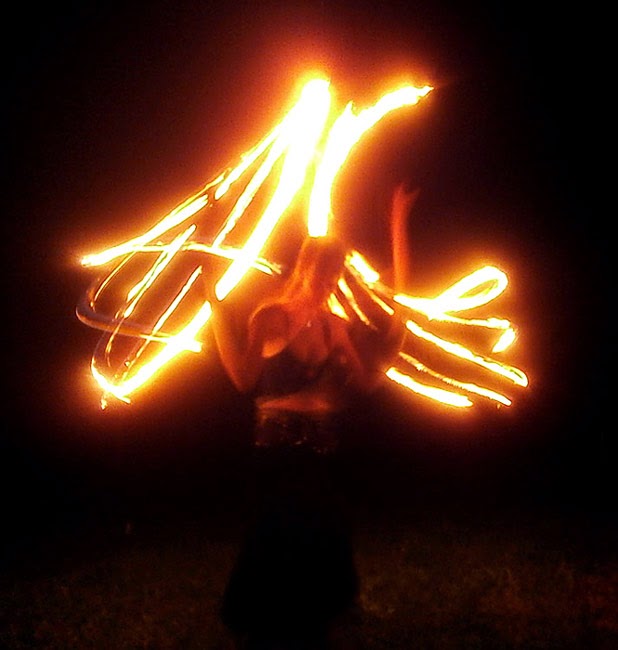 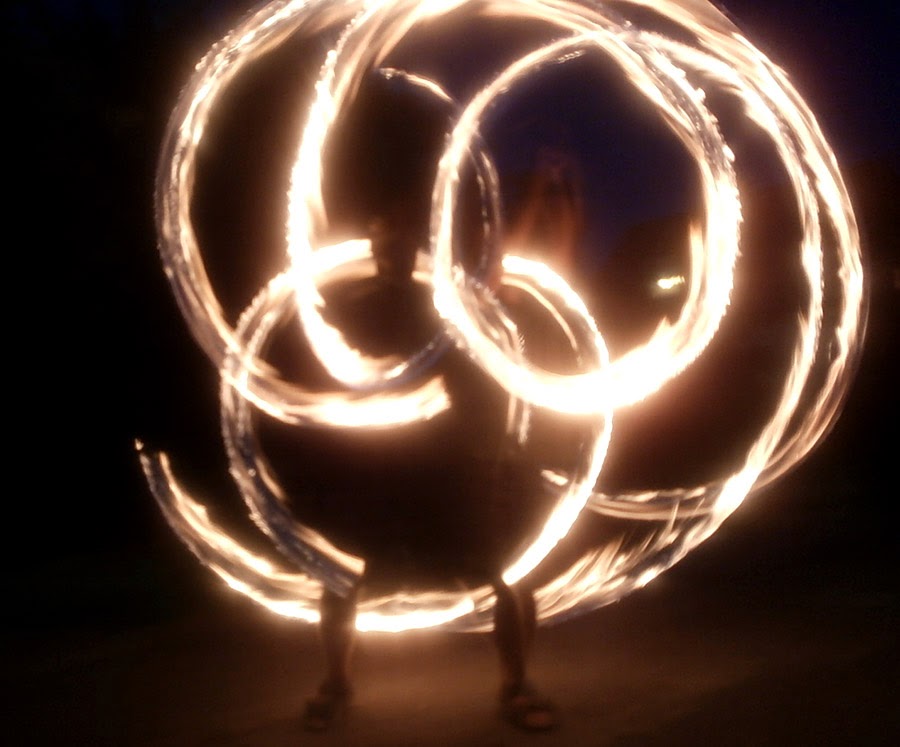 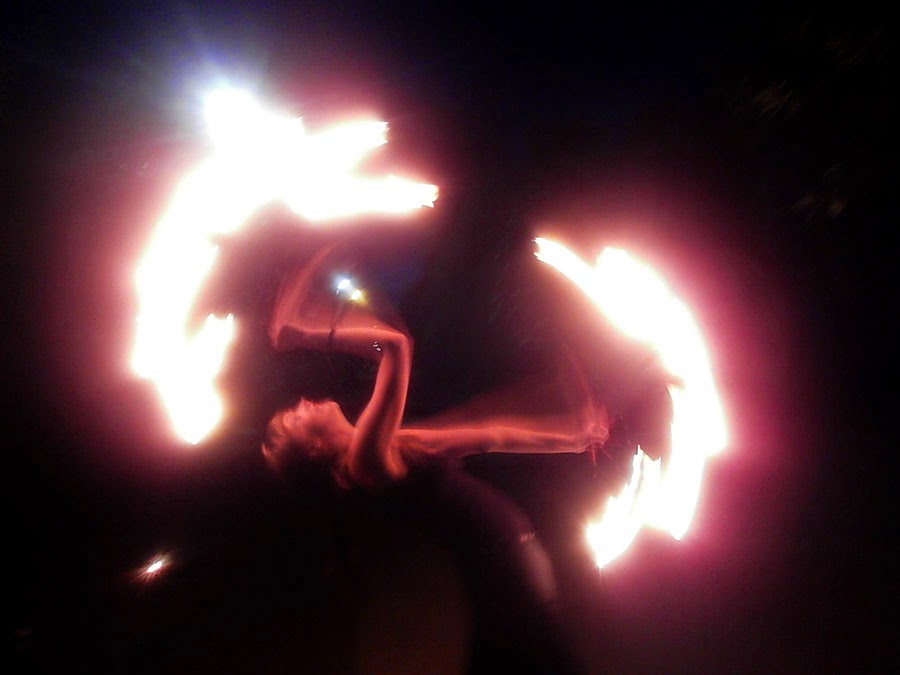 We went to a demonstration against the destruction of a beautiful park in Budapest, 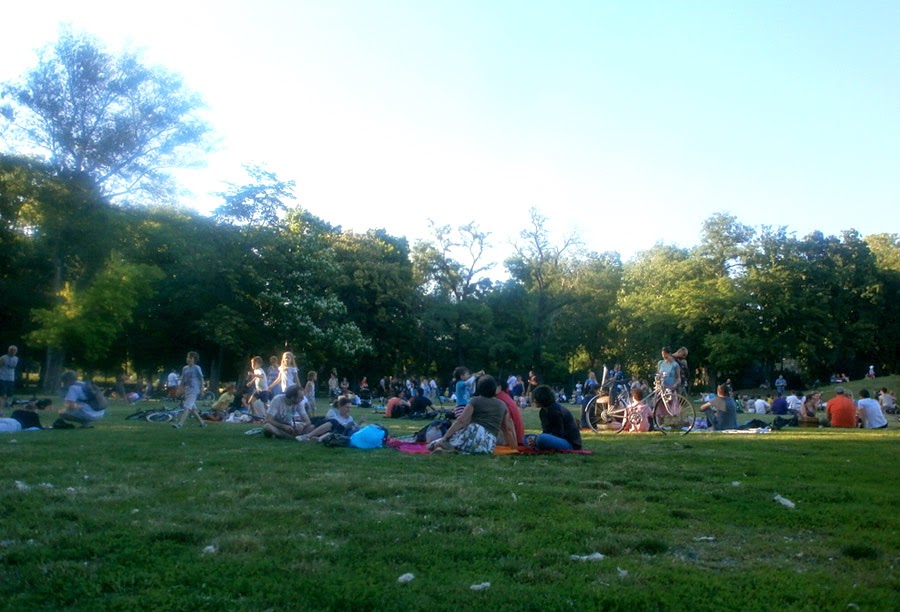 and we've seen the very first opera of our lives (but not the last). For the invitation thanks to Linda, our friend who sings in it. 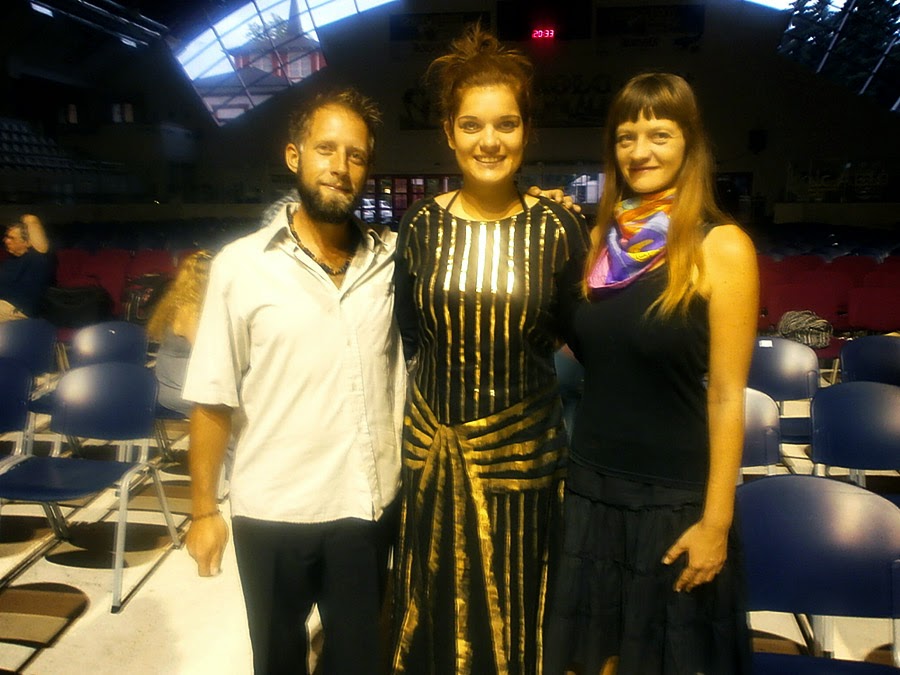 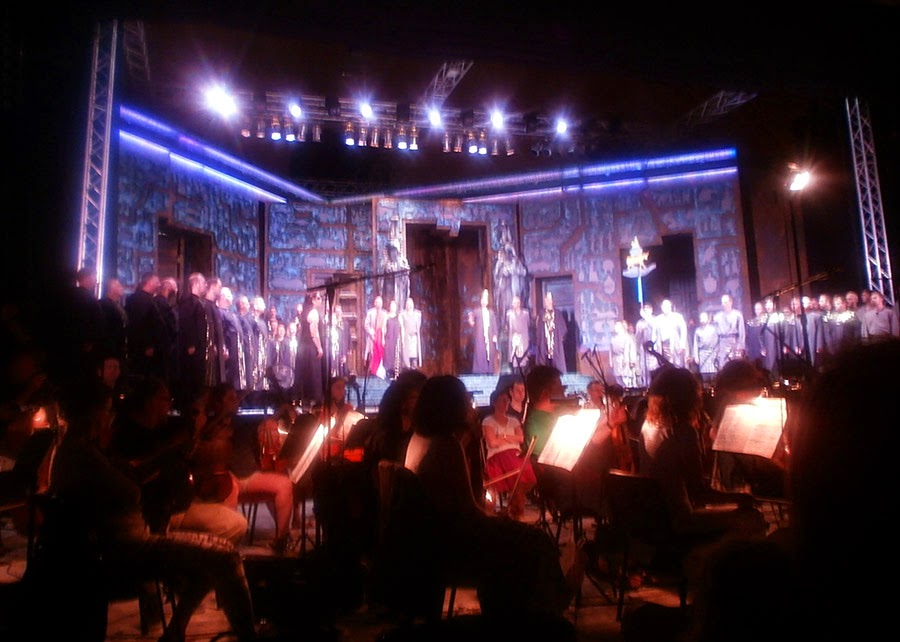 Finally,  the last week we spent most of our time in front of the computer, collecting a huge amount of ebooks, music and movies, clicking on every interesting or crazy links on Facebook. In other words, doing everything we missed. Like keeping this blog updated. :)